The 7th Annual Sudden Impulse Film Festival will be a night of funny and weird local Toronto and GTA short films. The night begins at 8pm outside the Revue Cinema Live on the Red Carpet with Caleigh Le Grand, doors open at 8:30pm and the show starts at 9pm with a live performance number by host Stefan Kuchar. The night consists of three 45 minute acts of short films and live music will be played during two intermissions by a band made entirely of local filmmakers called Slowfish.

Get your tickets at siff2018.eventbrite.com 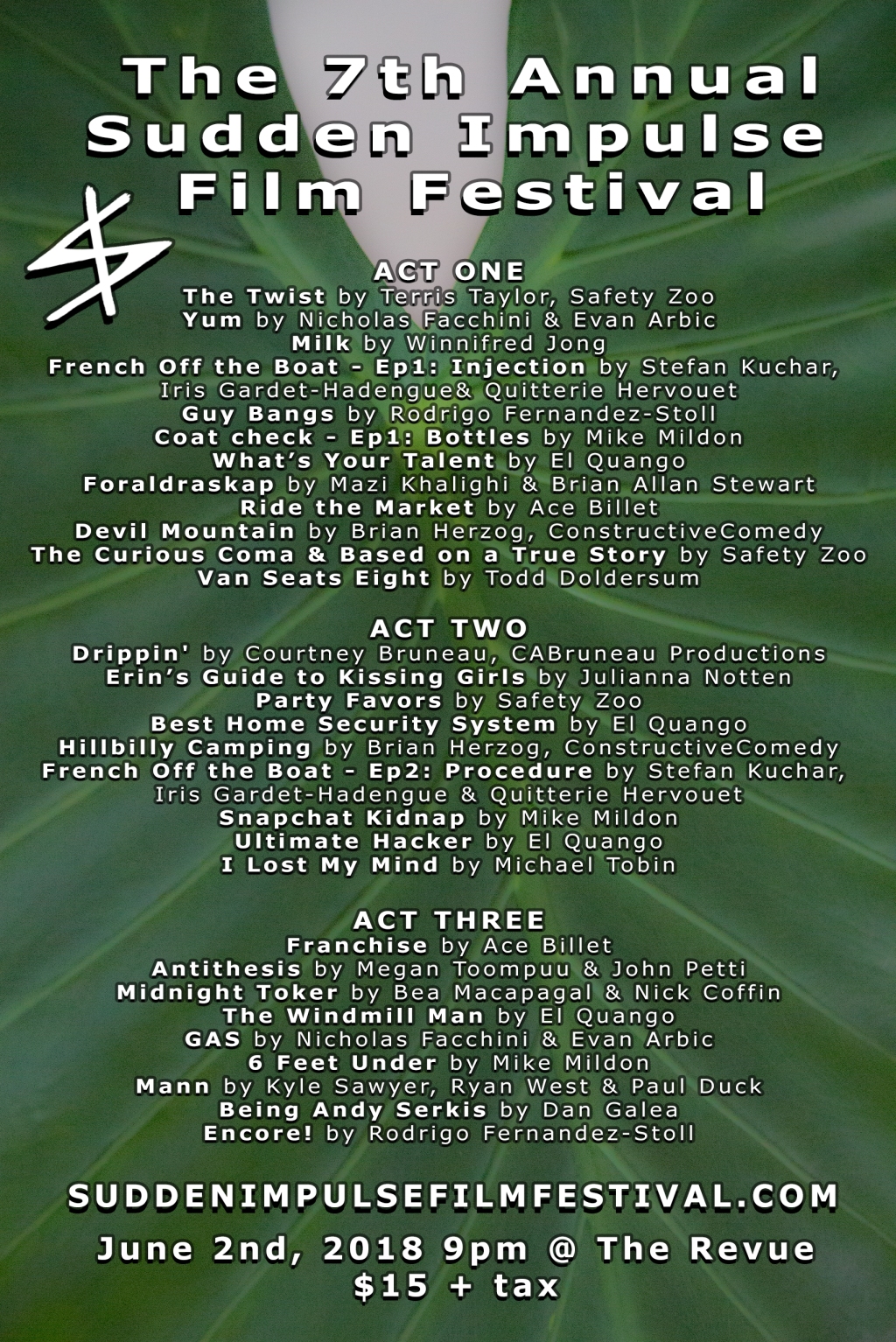 What’s Your Talent by El Quango

Ride the Market by Ace Billet

The Curious Coma & Based on a True Story by Safety Zoo

I Lost My Mind by Michael Tobin

The Windmill Man by El Quango

6 Feet Under by Mike Mildon

Being Andy Serkis by Dan Galea